Is F2F fundraising worth it? Hear it from our team!

There are many F2F sales opportunities up for grabs in Finland all year round. But what is it like in practice? Do the people who do it actually like it? Is F2F fundraising worth it?

Wonder no more – hear the answer from LiveRing team members! Check out the authentic experiences of

Sugandi Putra Ginting started his sales career in Spring 2017 as a salesperson. He was promoted quickly to the Junior Team Leader role and after six months he already led an international team as a Senior Team Leader. Gandi has worked in a couple of companies in the field of sales, and started with LiveRing in November 2020 as a Sales Manager. His area of responsibilities includes for example leading and coaching salespeople.

I would describe myself as a little bit different team supervisor than usual. One of my biggest strengths are my empathy and kindness, which I use as tools to push the team forward. I strive to engage salespeople by understanding situations and being close to them. We also spend spare time with salespeople by doing nice things together like cooking and just hanging out. I aim to be more like their colleague than their boss.

Gandi is almost daily at the field selling with salespeople. As a seller he is smiley, energetic and positive, and also spreads that good energy for the people around him.

–       Talking to people and engaging with them is the best part of F2F fundraising and a main reason why I work in sales. I also set myself goals and always try to be better than yesterday. Evolving continuously keeps me motivated and gives energy, Gandi says.

There are people from several different countries in LiveRing’s Save the Children team. Gandi enjoys working in a multicultural atmosphere with meaningful matters.

–        It is such a richness to work with people from different cultures but all of them with the same goals to help children in need.  I am originally from Indonesia and kids are so close to my heart. I always think that early education especially girls education plays a huge role in the development of the country. It has a big impact to build a stronger families, communities and countries. It also makes the job meaningful that I can help forward the matters that are close to me by my daily work, Gandi says.

Marko: From beginner to the TOP 6 of the team

Marko is a 23-years-old polytechnic student from Vantaa. He joined the Helen team in the Helsinki metropolitan area in Autumn 2020.

–       Originally, the idea of working in sales came a couple of years back when my friend mentioned that his friend gets paid well from his summer job as a telemarketer. Sales have always interested me and I knew I would like to try it at some point, Marko explains his path to sales work.

Although Marko didn’t have previous sales experience before joining LiveRing, he has been making deals since day 1.

–       At first I felt like I was starting from zero. However, I have got valuable advice from the team along the way, and in sales I believe in learning by doing. Working at the stand has been mostly really nice, and all depends on your own attitude, Marko reflects.

Although Marko’s future plans are not for stand sales, it has been a great fit for studies. Short workdays, flexibility, and freedom of choice have made it easier to work beside studying.

–       With LiveRing I have gained valuable experience for sales. In this job you also learn to put yourself out there, he sums up.

Jesse ja Jussi are 19-year-old young men from Järvenpää. They joined the Helen team in the Helsinki metropolitan area in August 2020. The buddies have known each other for several years and together they are a successful sales duo. Before joining LiveRing, Jussi had already gained previous sales experience over a couple of years.

–       Jesse finished his military service in the summer and sought a job. He messaged me, that he had seen a job ad for the sales position for which he could apply together with a friend. We sent an application, and when we got to know that we made it to the team, I resigned from my job at that time. Then soon we got to start with LiveRing, Jussi says.

Jesse and Jussi are both interested in entrepreneurship. At the moment they work for LiveRing as light entrepreneurs, but plan to get their own business IDs. They both dream of owning a bigger company in the future.

Both describe themselves as determined guys who keep up the positive spirit even if they can’t land every deal.

–       Then you just have to reset the situation and go towards the next deal. We spar and push each other forward if the other happens to have a worse day. However, we always can tell each other if something annoys us. It’s also a pro of working with a friend. Though usually working is always fun. We are the best team in the world, buddies state.

Dominic joined LiveRing’s Helen team in the Helsinki metropolitan area in Autumn 2020. Although he has gained experience in the field of F2F sales only for a few months, feelings of success and reaching the goals have convinced him about it.

–       Sales and marketing have always fascinated me, and I applied for F2F sales to boost my skills. I feel that F2F is a great way to start building a career with sales. If you can sell at the stand, you can sell anywhere, Dominc says.

Many prejudices are usually associated with F2F sales. For his part, Dominic aims to break the myths and renew the image of the stand seller.

–       I want to take the customer experience to the next level. I strive to focus on customers 100 % and serve them with quality above till the end. When selling Helen’s electricity, achieving customer satisfaction is quite easy, as the customer almost always gets a real financial benefit with the contract, and as the seller is able to stand behind the product. The sales situation is successful when both the customer and the seller have a smile on their face when the customer leaves the stand, Dominic explains his sales philosophy.

Dominic feels that it’s been nice to work with LiveRing from the first day. A great atmosphere, funny colleagues, and a skilled Team Leader make selling meaningful for their part.

–       It’s easy to get motivated when you like what you do, and know that the work also supports the future goals. I recommend F2F sales especially to ambitious and entrepreneurial guys who see themselves in sales in some way, Dominic sums up.

Sara: At the top of the team from week to week

Sara joined LiveRing’s Helen team in the Tampere area in Autumn 2020. She has gained sales experience for several years already. The experience speaks for itself: Sara has been one of the best salespeople for week after week. She sets herself high goals every day before leaving to the stand, and also reaches them almost as often.

–       There is really no secret to achieving them. All you have to do is be determined and keep the goal in mind throughout the working day. It doesn’t matter to me whether I’m at the stand for ten or two hours, as long as I get to the sales volume I set before my shift. I’ve always been really competitive and motivated that I want to be the best of all. It gives energy also to those days when I feel like I would like to give up, Sara says.

In the end, selling is pretty simple. Everyone may have their own way of selling to succeed.

–       I would describe my way of selling as quite simple. I am always honest and explain to customer by facts how she or he would benefit from the contract that I am selling. It is nice to sell Helen’s electricity, because I can always stand behind the product and there will be no unpleasant surprises for the customer, Sara says.

Wondering what can we offer to experienced salespeople? Find out!

10 Reasons to Switch to LiveRing

LiveRing’s Helen Team Leader Teemu Bakker ended up in sales in 2017, combining his professional sports career and sales. Teemu started as a salesperson, but after only a couple of months he was already offered a leader role in a project. In a few years, he has already been responsible for several teams.

Sales seemed like a natural continuum to the sports career.

They have a lot in common. As an athlete I am used to the fact that the result goes above all and it requires hard work to achieve the goals. At the core of both sales and sports is continuous self-improvement, as nothing comes for free. As an athlete, you get just as much as you are willing to work yourself. I wanted the same thing about my career: if you get your job done better than others, it is fair to get a bigger reward for it. In sales this is possible.

With his sports career, Teemu has experience of being coached, and he has also seen several different ways to coach. It has given a lot for team leadership.

As a Team Leader, I consider each salesperson as an individual. Everyone has their own things, which gives them motivation. It also depends on the individual, what kind of leadership works for each one. My job is to spar with salespeople and help them find their own source of motivation and passion for sales, if these happen to be lost. When individuals succeed well, so does the team, Teemu says.

Teemu has noticed in his career that there can also be a lot of bureaucracy in sales and in team leadership, and everyone has their own way of leading. He himself wants to lead his team as practically as possible with a low hierarchy.

–       I always want to explain to the sellers why things are done the way they are done. It increases understanding and commitment to good practices. I am also selling in the field on a daily basis with both new and old salespeople to help them develop. It also makes possible an individual consideration in a great way. As a Team Leader, it is important to me that each salesperson feels that they are important and cared for in a team, Teemu explains his leadership practices.

In Teemu’s opinion, the best thing about team leadership is the challenging nature of the work and the fact that you are able to see the result concretely.

–       The work feels meaningful when you see the team’s sales increasing. Team leadership also offers a lot of challenges, as the development of each new salesperson starts from the beginning. There are amazing people in our team. They are energetic, motivated, and keep up a great team spirit. However, you can never take a breather, as the focus has to stay on all the time. The work is challenging, but it also gives a lot, Teemu sums up. 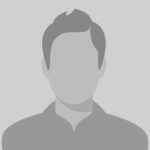 What Does a Sales Coach Do?

Why work in F2F sales?

Jobs for English-speakers in Finland

Is F2F fundraising worth it? Hear it from our team!

Travel and work in Finland

Want to work with LiveRing? 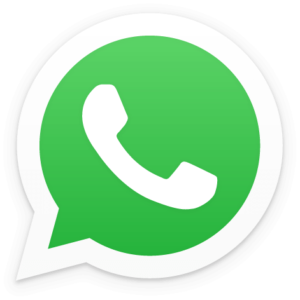